This report (PDF) compares the decline in the percent of uninsured workers in all 50 states between 2013 and 2014.

Compared to 2013, the number of workers who were uninsured in 2014 declined in virtually every state. However, the overall rate of decline in number of uninsured workers was substantially higher in states that expanded Medicaid. 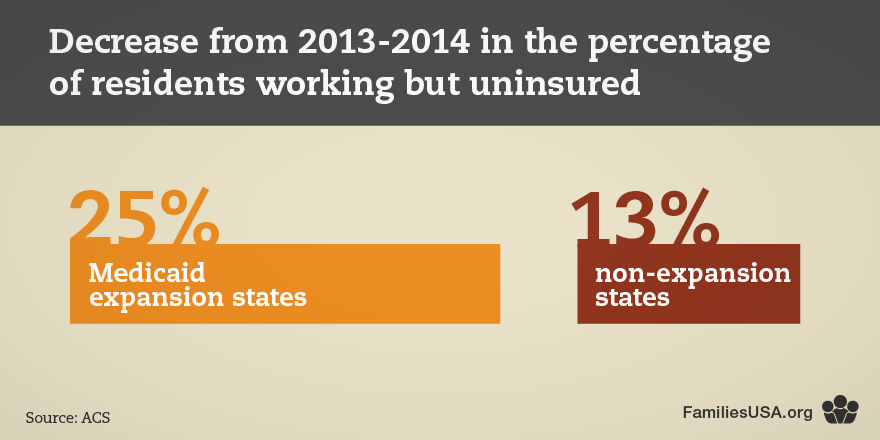 States were considered Medicaid expansion states if they expanded coverage at any time in calendar year 2014. Because of the unique nature of the District of Columbia, which is a city and not demographically comparable to states, it is excluded from the report.