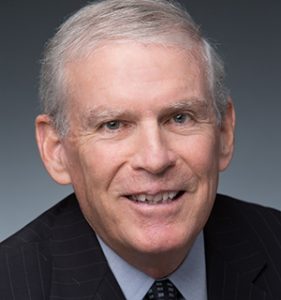 Ron Pollack is the Founding Executive Director of Families USA, the national organization for health care consumers. Families USA’s mission is to achieve high-quality, affordable health coverage for everyone in the U.S. After stepping down from the role he held for nearly 35 years in March 2017, Mr. Pollack continues to serve as the chair emeritus of the Families USA Board.

Families USA’s numerous reports and analyses – on such matters as health coverage for the uninsured and underinsured, Medicaid, Medicare, prescription drug issues, long-term care, and others – are frequently cited at Congressional hearings, in state legislatures, by the media, and by consumer organizations that Families USA works with all across the country.

Mr. Pollack is a frequent guest on a variety of television and radio programs, such as The PBS NewsHour, all of the network nightly news programs, and NPR’s All Things Considered and Morning Edition. He is often quoted in such leading newspapers as The New York Times, The Washington Post, The Wall Street Journal, and The Los Angeles Times.

Mr. Pollack is the Founding Board Chairman of Enroll America, an organization composed of very diverse stakeholders working together to secure optimal enrollment of uninsured people through effective implementation of the Affordable Care Act.

In 2007, at the 25th anniversary of Search for Common Ground, a nationally renowned conflict management organization, Mr. Pollack received the Common Ground co-award for his work with a group of ideologically diverse health organizations that reached an historic consensus proposal about expanded health coverage for the uninsured. Previous winners of the award included former President Jimmy Carter, Archbishop Desmond Tutu, and Muhammad Ali.

In 1997, Mr. Pollack was appointed by President Clinton as the sole consumer representative on the Presidential Advisory Commission on Consumer Protection and Quality in the Health Care Industry. In that capacity, Mr. Pollack helped prepare the Patients’ Bill of Rights that has been enacted by many state legislatures.

Prior to his current position at Families USA, Mr. Pollack was the Dean of the Antioch School of Law.

Mr. Pollack was also the Founding Executive Director of the Food Research and Action Center (FRAC), a leading national organization focused on eliminating hunger in the U.S. Two of his notable accomplishment at FRAC include: (1) arguing two successful cases on the same day in the U.S. Supreme Court to secure food aid for low-income Americans; and (2) the successful federal litigation that resulted in the creation of the WIC program for malnourished mothers and infants.

Mr. Pollack received his law degree from New York University where he was an Arthur Garfield Hays Civil Liberties Fellow.

If you are a member of media and would like to speak with one of our experts, submit a request via our media inquiry form or call the Families USA Media Team at 202-628-3030.