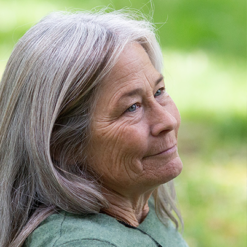 On March 21, Tamara Hamilton’s 18-month-old grandson started having a small cough. Two days later, March 23, Tucker had a fever of 101.5. Tamara and her daughter, Lillian, called his pediatrician’s office, and they set up a tele-health appointment for the same day. Based on Tucker’s history with lung problems, and based on his symptoms, the doctor diagnosed him with pneumonia and prescribed some antibiotics, but let them know that COVID-19 was a possibility.

The following day, Tucker’s oxygen levels were dropping consistently. After another tele-health appointment, the doctor told them that if his oxygen levels kept dropping to take him to the ER for steroids and oxygen. According to Tamara, this was just the beginning of their troubles. “I think it’s easy enough to focus on some policy points of view that this is an area [extreme southwest corner of Colorado] that has limited medical access and I’m sure that figured into why he could not be tested and also the stress on who is at risk, not including children, I think may color how the professional and lay people view a child with symptoms: ‘Well, you’re not at risk so we’re not worried.’ And that has sort of a cyclical result because it you do not test children based on official policy — because they are not at risk — you will of course learn that they are in fact at risk.”

The hospital did not follow the pediatrician’s advice, refusing to give oxygen or steroids, and did not call the pediatrician. He was tested for RSV and the flu, and both came up negative. They said Tucker did not meet the Colorado Department of Public Health’s criteria for a COVID-19 test — he was too young. “From an epidemiological point of view, to not test someone for the only reason is they don’t fit your profile, because they are too young, just guarantees you’re not going to know what’s going on in the community.

“I think in the intervening months there’s been both more information and changes. My intent is not to point fingers or complain. My intent is to say somewhere along the line an evaluation of risk has left people not recognizing a risk right in front of them. When his pediatrician calls ahead and says I will let them know that baby COVID is coming and be aware, we were expecting a level of protection from health care workers who would not wish to be exposed, and instead they didn’t use any protection at all. So, all I can think is that they just didn’t translate this as an actual risk to themselves or other patients because it was a baby.”

After receiving fluids and, finally, a prescription for oxygen, Tamara and Lillian took Tucker home. His prescribed oxygen tank arrived on March 26. He remained on oxygen for a total of eight days.

Fortunately, after ten days of fever and eight on oxygen, Tucker finally recovered. He was never tested for COVID-19.

“It would be lovely to know if [if he tested positive for COVID 19]. Both me and his mother are going to have the antibody test because they have made that available and you would imagine since we’re both exposed to whatever he had, you cannot take care of a toddler without being awfully close to them. If either of us has antibodies then I think that would confirm that presumptive diagnosis. All we can say is he had a very high fever, very low oxygen levels and he did not have the flu or RSV. There are not too many other possibilities. There aren’t too many other viruses going around.