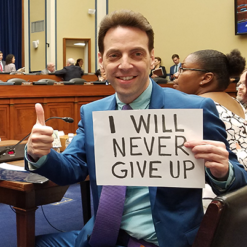 Despite my health challenges, I have flourished by the continuity of care provided to me by the Affordable Care Act. I am alive because of the ACA. And I am grateful to be here. As someone who has successfully navigated the ACA, I know how essential it is to protect our care. I also know that due to my advancing diagnoses I am thankful and appreciative for every day.

I have multiple conditions that would make a lapse of coverage disastrous, and through which I have seen the importance of the Affordable Care Act. I suffered a serious injury in 1997, before the passage of the Affordable Care Act, during a lapse in coverage. I had just begun a new job and was in the 3-month waiting period before my employer-based health plan would begin. I thus had to pay the costs of my physical therapy, epidural steroid injections, and medications out of my own pocket. Consequently, when I needed surgery after securing health insurance from my employer, my injury was considered a pre-existing condition, and all my claims were denied for the procedure. It was an incredible financial burden for years; totaling tens of thousands of dollars. Under HIPAA rules then in effect, an employer-based plan could deny coverage of pre-existing conditions for up to 12 months. The Affordable Care Act has since addressed this problem, prohibiting plans established after 2010 from excluding pre-existing conditions.

By 2011, I had suffered a series of disabling health problems. Including Kidney Cancer, which was found incidentally. I lost part of my right kidney and fought my way into remission. I obtained Medicare based on my disability and receive Medicaid intermittently through the “spend-down” provisions in months when I have significant medical bills.

I have benefitted from the Affordable Care Act’s requirement that Medicare pay for annual wellness checkups: through the checkup, I received in 2014, I was diagnosed with a suspicious mole on my back. Because was immediately referred to my dermatologist for a further screening, I was diagnosed with early-stage malignant melanoma. My life was thankfully spared from cancer, again.

At this point in my life, I have multiple conditions: lupus, Spinal Fusion Failure; Chronic Neuropathic Pain; Degenerative Disc Disease in both my cervical and lumbar spine; Renal Cell Carcinoma; BPH; Osteoporosis; Angiomyolipoma on my left kidney; Fibromyalgia; Sjogren’s Syndrome; Raynaud’s Phenomenon; Small Fiber Neuropathy; Nodular Regenerative Hyperplasia (non-cirrhotic Liver Disease) w/Portal Hypertension and Obliterative Portal Venopathy; and Adhesive Arachnoiditis (which there is no cure or successful treatment, and I am progressively losing the function of my right leg as it becomes paralyzed). I take 25 different medications daily, 38 yearly, and receive 12 lifesaving infusions yearly for my Lupus. Without access to insurance, I could not afford to pay for these medications and would lose access to my team of doctors. As a result, my disease would progress, and I could die.

I have heard from thousands of other patients, caregivers and providers who have benefited and received help from the Affordable Care Act and who would be directly or indirectly devastated if the law was overturned. Some of their stories were noted in my July 10, 2019 testimony to the House Committee on Oversight and Reform. Additionally, I have helped a friend diagnosed with breast cancer to get coverage through an individual plan offered through the exchange, which has provided her access to life-saving treatment. Another friend, age 24, had been able to stay on her mother’s health plan to receive treatment for osteosarcoma.

If the Affordable Care Act does not remain in force, the ability to stay on a parent’s plan, receive individual coverage through the marketplace, receive annual check-ups through the Medicare program, and receive coverage without regard to pre-existing conditions will all end, harming me and people who are close to me. Despite my health challenges, I have flourished by the continuity of care provided to me by the Affordable Care Act. I am alive because of the ACA. And I am grateful to be here. As someone who has successfully navigated the ACA, I know how essential it is to protect our care. I also know that due to my advancing diagnoses I am thankful and appreciative for every day.