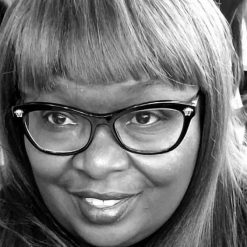 The greatest thing was that I didn’t worry about getting sick. It gave me a much greater peace of mind than I had before.

A gynecological surgery meant that Mary Wanalo, 55, would be denied insurance based on a preexisting condition for the next 14 years. Unfortunately, the condition that necessitated the surgery eventually returned. Mary knew she couldn’t afford the $35,000 procedure, so she waited until her doctors said she couldn’t hold out any longer. Thankfully, the marketplace opened right after Mary’s doctors said she needed the surgery the most. “Coverage came just in time for me,” she said.

While Mary was uninsured, she went a local free clinic to get care. However, the clinic only took care of her basic medical needs. Mary said her years of being uninsured were “a horrible time” and made it difficult to fully devote herself to her job. She suffers from anemia and said her energy level was very low. “When you don’t have health insurance, it doesn’t just affect your health, it affects your quality of life.”

Mary was forced to put off her surgery because it couldn’t be performed by the free clinic. “I tried to persevere until it became too much. I had to make a choice. Do I want to file for bankruptcy for surgery?”

Mary was briefly insured when she worked at a bank, but left to be a pastor at a church that didn’t offer employee coverage.

Mary enrolled in coverage online soon after the marketplace opened. She experienced a few computer glitches, but she was covered by Blue Cross Blue Shield on January 1, 2014. She pays $366 per month and doesn’t qualify for a subsidy.

Mary made an appointment for her surgery immediately after her coverage was activated. “It was a huge relief,” she said. The surgery went well, and Mary paid $2,000 out-of-pocket for the $35,000 surgery.

Mary said her quality of life has greatly improved since she got covered. “After 14 years, my health was going downhill. Now, I’m back to a level where I can be strong and useful.” She’s been able to see a primary care physician for an annual check-up and get access to preventative care, like mammograms and blood work. “The greatest thing was that I didn’t worry about getting sick. It gave me a much greater peace of mind than I had before.”

Mary was born in Kenya and became a US citizen in 2000.