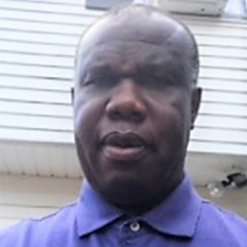 Evens is overjoyed to have insurance again after going 10 years without. “If something happened, it would cost me a lot of money that I could never repay,” he said about his uninsured years. Now, he is covered.

When Evens was working full time as a driver for a bus company, he had employer-sponsored insurance. However, when he went back to school, he moved his hours to part-time, making him ineligible for the company insurance. Evens looked into purchasing insurance for himself but said it was just too expensive.

Evens waited a little for the glitches to be ironed out, finally going to the exchanges in December. He was able to enroll without outside assistance and had insurance starting on January 1, 2014. The only real problem he had was the error message that popped up when he tried to pay the first time. The next day it was fine and he was able to make his payment.

Evens chose a bronze plan with Fidelis Care. After his $200 or $300 subsidy, his premium came to $96 per month. He has some cost-sharing with his plan, $25 to see his doctor. The $25 is half the price that he used to have to pay out of pocket before he had insurance. Evens chose the bronze plan because he was trying to get low coverage. “I might get more coverage next time,” he said, “I was just testing it a little.” Plus he noted that some coverage was going to be better than no coverage.

Evens says he’s a pretty healthy guy. “I have good blood pressure, I try not to eat things that are bad for me,” he said. While he was uninsured, he went to the doctor once a year. He does not anticipate changing anything in his health routine, not even more frequent trips to the doctor. He said he regularly checks his blood pressure and temperature on his own and has become good at self-monitoring and generally taking care of himself. Having insurance is good for him though, especially since he says he’s getting older and might need it.

“It’s amazing,” he said explaining why health insurance is so important for unexpected emergencies, “Life is not something we are sure about.”