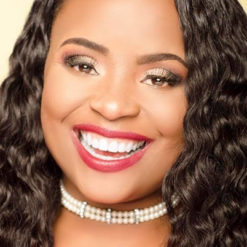 Around March 18, 2020, Aviva began feeling a sore throat and cough. She wasn’t concerned about it until a few days later. Aviva’s 8-month-old child had strep and her 3-year-old had the flu, so she assumed that she had either of those. She went to her doctor and tested negative for both. She went home, taking some antibiotics recommended by her doctor and feeling relatively all right, but that night Aviva had chills so bad she was having trouble sleeping. Her husband took her temperature and she wasn’t running a fever, but she woke up the next morning with no appetite.

Aviva called her doctor the next day, who recommended she get tested for COVID-19. She could either go to a drive-through testing place, or she could come back into the doctor’s office. She chose her doctor. Upon seeing her, just with one day having passed, her doctor told her she looked very different.

Her test came back positive. Since there is no current treatment for COVID-19, Aviva was told to take Tylenol and stay hydrated as best she could.

Aviva immediately called her husband and others that she had been around. Aviva started crying from the panic and worry about having infected others. The next few days were full of extreme fatigue, dizziness, and shortness of breath. She also lost her sense of smell.

In the third week, Aviva finally started feeling more like herself again, but she is still staying in her house because of the uncertainty. COVID-19 is still spreading rapidly through Shreveport.

Aviva’s insurance has so far covered all of her expenses.