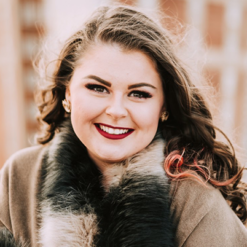 Anna knew that the COVID-19 crisis was a big deal. She has Lupus, which makes her immunocompromised. She also had a conference in San Antonio on March 4. As a Ph.D. candidate graduating in May, she needed to make the connections she could get at the conference, but on March 3rd it was announced that San Antonio had its first case of coronavirus. She called her doctor, who told her she would likely be exposed to the virus anyway the following week when students returned to their campuses. She decided to go to the conference.

After she returned, on March 8, Anna noticed she had a little bit of a sore throat. On March 9, she felt truly sick, with a fever and her throat hurting worse. She tried to call her rheumatologist, but the WVU hospital was in the middle of implementing their COVID-19 strategy, and She was transferred over to their hotline. The hotline told her that it was too early for her to be showing symptoms, and not to bother quarantining. She remembers going through the rest of her day as a routine, including leaving the house.

The following day, March 10th, Anna was much sicker. Her fever peaked at over 100 degrees, she was coughing, and she was sweating. Because of her Lupus, she knew that even if this was only the flu, she could be in real danger. She called her doctor but again could only get through to the hotline. The hotline told her that unless her fever was at 101.5 to not come in.

Finally, on March 11th, the doctor told her to come into the office. Her doctor was concerned that it could be coronavirus since it was not too early to show symptoms, contrary to what the hotline had told her. It could also have been the flu. There were no tests for coronavirus at that hospital, and to request on the doctor had to make an appeal. As a requirement for that appeal, all other conditions had to be ruled out before she could have the coronavirus test. The way to rule out other possible conditions was a Biofire test. Anna’s doctor coded the Biofire test properly. The Biofire test came up positive for the flu.

A full ten days later, she was still feeling terrible, so her doctor had her tested for COVID-19. That test came back negative, but only after it was lost for 8 days.

Two days after Anna got the test for COVID-19, she was made aware that her insurance had been billed $2,000 for the Biofire test, and that they were going to charge her over $500 for it. She discovered that despite the fact that the Biofire had been necessary for her to obtain the COVID-19 test, the Biofire was not considered as part of that testing, and therefore did not count for the government regulation making COVID-19 testing free. Her insurance invited her to appeal, which she did.

Anna posted about her story on social media, where it was picked up by multiple media outlets. Afterward, her insurer paid the full amount.