A work requirement in Medicaid is not only a bad idea, it’s unnecessary and counterproductive.

It would not help move low-income people out of poverty and may actually increase poverty among many. It would increase the number of uninsured and add administrative complexity, which would increase costs for states and the federal government.

There are better and more effective ways to connect people who rely on Medicaid for health care to work opportunities.

Which states are trying to impose a work requirement in Medicaid? View our interactive map.

Medicaid is the state and federally funded health insurance program for low-income people. It provides reliable health coverage to eligible individuals regardless of work status, allowing them to access the health care they need.1 For enrollees who lose a job, work seasonally and have periods of unemployment, or cannot find work, Medicaid coverage continues so they can still receive health care. For some people, Medicaid provides short-term health coverage after a job loss or during difficult financial times.

Some states would like to change that and add a work requirement to Medicaid. The Department of Health and Human Services (HHS) released guidance on March 14, 2017 that signals the administration’s willingness to approve work requirements through Section 1115 waivers, allowing states to terminate Medicaid coverage for enrollees unable to meet those requirements. 2

A work requirement is a bad idea.

Work requirements in Medicaid aren’t necessary, could be counterproductive, and could add to program costs. There are better approaches to connecting Medicaid enrollees to work opportunities, approaches that don’t cut people off health insurance.

It is not necessary.

Most adult Medicaid enrollees who can work, do. Nearly 60 percent are working and nearly three quarters live in a family with at least one full or part time worker.3,4

It would not help move people out of poverty.

It would increase the ranks of the uninsured and leave people less healthy and less able to work.

Proposals that would terminate Medicaid for those who do not meet a work requirement would increase the ranks of the uninsured; nearly all who would lose coverage would not have any other affordable health insurance options. Those losing coverage could experience declining health that could make it even harder for them to look for work or get and keep a job.

The uninsured are less likely than those with insurance to get preventive care or treatment for major health conditions and chronic diseases.9 People without insurance are more likely to delay care and experience declines in their overall health.10 Poor health can make it harder for people to work.

It could increase health care costs.

Increasing the ranks of the uninsured can also increase health care costs for states and health care providers.

People who lose Medicaid coverage because they don’t meet a work requirement will still get sick. They will still need medical care. Their care may even cost more—because people without insurance often delay care, they are more likely to be hospitalized for avoidable health problems.11

However, they won’t have insurance coverage to pay for that care. Because they are low-income, they may not be able to pay for all the care they receive. Unpaid costs will fall on local governments, states, or health care providers as uncompensated or charity care. Eventually, those costs will be passed on to other consumers, raising health care costs for everyone.

It would mean more administration and higher costs for states and the federal government.

A work requirement will add significant administrative complexity to Medicaid programs. At a minimum, a program would need to track enrollees’ work status; process any exemptions for family caregivers, students, and others; track enrollees’ time spent looking for work; enroll, disenroll, and re-enroll individuals at different stages in the process. All this adds administrative costs, whether this work is done directly by the state or through a Medicaid managed care plan or other state contractor.

Evidence from states’ experience with TANF shows that monitoring work requirements is expensive and results in more resources and time being spent on tracking work hours than providing services.12 There’s no reason to believe that the administrative burden would be any less for a work requirement in Medicaid. Those added costs would fall on states and the federal government, which jointly cover Medicaid administrative costs.

Medicaid coverage can help individuals and families move out of poverty.

Making sure low-income people have and can keep Medicaid coverage can be an important part of a strategy to help individuals and families stay healthy and move out of poverty.

Medicaid coverage can be a hand-up to financial stability.

Medicaid coverage can help people stay healthy so they can work.

Medicaid coverage allows low-income people to access health care; that can improve their health and make them better able to work and hold a job.

By making it possible for low-income individuals to get the health care they need, insurance coverage through Medicaid can help people stay healthy or improve their health. That can make it easier for them to work.

There are better ways to promote work among Medicaid enrollees

Many long-term unemployed Americans face barriers to finding a job that a work requirement does not address, such as time out of the work force because of child care or other responsibilities, lack of skills, lack of connections to conduct a job search, or a criminal record.

A more productive approach would be to connect Medicaid enrollees to voluntary programs that can build skills or assist in job placement. Studies have shown that programs that focus on job training, education, and skills building are the most successful at helping individuals find and sustain employment.16 Voluntary programs have been shown to be very effective in connecting low-income individuals with work—and they don’t involve the negative health consequences that come from terminating peoples’ health coverage.17

1Medicaid is a health insurance program, not a cash benefit program. It does not pay enrollees. It pays health care providers who treat program enrollees. Federal law does not allow Medicaid eligibility to be dependent on work status or amount of time spent searching for work. See the Press Statement from the Center for Medicare and Medicaid Services related to approval of Indiana’s Medicaid expansion on January 27, 2015 at https://www.cms.gov/Newsroom/MediaReleaseDatabase/Press-releases/2015-Press-releases-items/2015-01-27.html.

3Generally, proposals to add a work requirement to Medicaid target non-disabled adults under 65, particularly those who gain coverage through a state’s Medicaid expansion. The estimate of the percent of that population that is working (57%) was developed by Families USA using American Community Survey data, looking at the Medicaid expansion eligible population across all states.

4Kaiser Family Foundation, Are Uninsured Adults Who Could Gain Medicaid Coverage Working? (Washington, DC: Kaiser Family Foundation, February 2015), available online at http://kff.org/medicaid/fact-sheet/are-uninsured-adults-who-could-gain-medicaid-coverage-working/. This data looks at the population that could gain coverage through the Medicaid expansion across states that had not expanded coverage as of publication date. These findings are consistent with Families USA’s analysis of work status across all states (see prior endnote). We assume that trends among those not working will be consistent across expansion and non-expansion states.

6Families USA calculation based on data from the Kaiser Family Foundation report Are Uninsured Adults Who Could Gain Medicaid Coverage Working? (Ibid). Based on the data in the Kaiser Family Foundation report, an estimated 11 percent of all non-working potential Medicaid enrollees list the reason for not working as “unable to find a job” (8% of the total) or “other” (3% of the total). Many of those unable to find a job are likely actively looking for work. Work requirement proposals would apply to the portion of this 11 percent that is not actively looking for work. 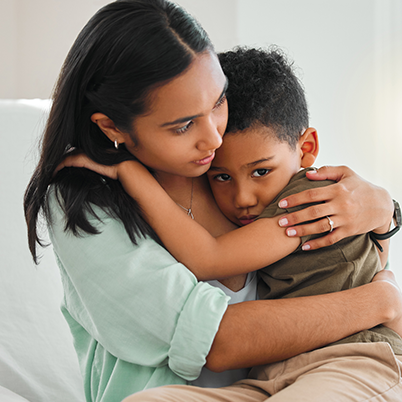 Not a Moment to Lose: Critical Changes States Should Implement to Prevent Medicaid Coverage Losses

The Looming Equity Crisis in Children’s Health Care: Federal and State Action Is Needed to Prevent Millions of Children from Losing Medicaid