President Trump’s ACA Changes Will Increase Costs to Consumers, Make It Harder to Enroll in Coverage

Yesterday, despite overwhelming opposition from consumers and a variety of other stakeholders, the Trump Administration finalized proposed changes to the individual health insurance market for 2018 that will increase costs for consumers, reduce financial assistance to help consumers afford coverage, and make it harder for people to enroll in coverage through the marketplaces.

In its first regulatory act, the Trump Administration has laid the groundwork to ensure that “TrumpCare” will cost consumers drastically more, if they are able to sign up for health insurance at all. This tips the balance in favor of insurers at the expense of consumer protections.

More than 4,000 people submitted comments during the public comment period for the proposed rule. The vast majority of these comments were from individual consumers urging the Administration to protect the Affordable Care Act (ACA), strengthen it administratively, and reject regulatory changes that would make coverage more expensive and care more difficult to obtain. This level of public engagement is astonishing, especially considering the Administration’s attempt to suppress meaningful comments by offering only a 21-day comment period, a departure from standard procedure. The Trump Administration ignored these outcries and instead finalized a set of policies that will exact serious harm.

Billed by the Trump Administration as necessary for “marketplace stabilization,” the set of finalized policies is anything but. Combined with the uncertainty injected into the market by the ongoing threat on Capitol Hill of repealing the ACA, these new policies will only further undermine the stability of the individual insurance market. They will also weaken coverage and financial assistance for millions of individuals who rely on the health insurance marketplaces that the ACA created.

Here’s how the policies finalized in this rule will harm consumers in the marketplace. The final rule: 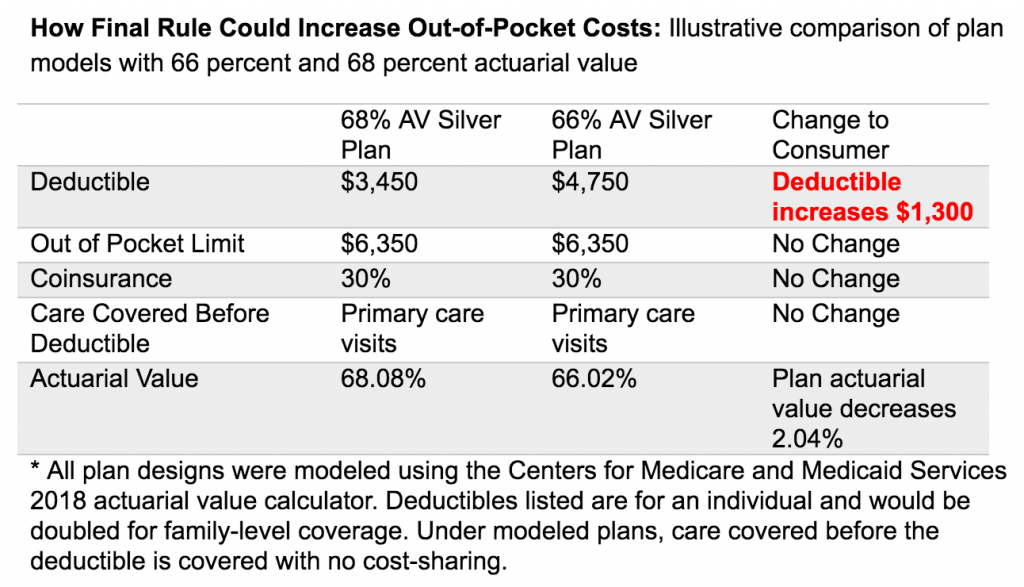 No matter how you slice it, families will face higher health care costs under this new rule, either through higher premiums to keep the plan they have today, or through higher deductibles and other out-of-pocket costs.

Overall, the final “marketplace stability” rule that the Trump Administration released yesterday will only harm health care consumers and weaken the health care system overall. Despite loud protests by the thousands who submitted comments and others around the country concerned about what this will do to the marketplace, the Trump Administration is moving forward with changes that will knowingly make it more difficult for consumers to obtain affordable coverage and care.