Expanding Medicaid does more than extend health coverage to uninsured residents—many of whom are working Over the past few months, we have been closely monitoring the movement to expand Medicaid. Our research shows how residents and state economies will benefit from the expansion.

Benefits state economies: The influx of federal dollars boosts states’ economic activity. That’s why it’s not surprising to see the momentum building to expand Medicaid in every state across the country. With Alaska’s recent decision to expand Medicaid, the tally for Medicaid expansion states is now 31 (including the District of Columbia).

Helps hardworking but uninsured residents: Take a look at our state series on the working but uninsured, which features state-specific data showing that more than half of residents who could benefit from expansion are working, along with the most common occupations held by those individuals.

Our 50-state infographic shows the status of Medicaid expansion across the country, along with which states to watch and why. 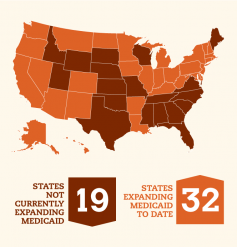 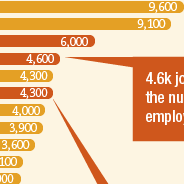 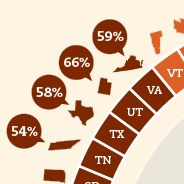