State health plans for families are under scrutiny – in the courts, in the states, and in Washington. It is hard to think of a time when the Medicaid program was getting so much attention at one time outside of the halls of Congress.

The Trump administration’s efforts to restrict the health insurance program for America’s most vulnerable families are raising the profile of Medicaid and those who rely upon it for health care. Within weeks decisions are expected on the following:

The outcome of these decisions will roil coverage for millions of people across the states, determine how Medicaid programs will be structured in the years ahead, and shape how Congress will react the next time it takes up Medicaid reforms. Conservative states will likely ramp up restrictions on Medicaid in the future if the  courts support existing restrictions and likely new Administration proposals for further cuts. On the other hand, an adverse court decision on the Arkansas and Kentucky cases may slow implementation of restrictions elsewhere as the threat of additional lawsuits rises.

U.S. District Judge James Boasberg indicated he plans to make a decision on the work reporting requirements lawsuits by the end of the month. That’s because Arkansas, where 18,000 people lost health coverage last year, can begin dropping people from coverage again on April 1. Any decision is likely be appealed quickly with a potential final ruling from the U.S. Supreme Court well in the future.

The beginning of April is also when Utah officials are scheduled to begin the partial expansion of Medicaid to adults below poverty. State officials are awaiting an approval of the plan prior to the enrollment date that would include work requirements and a cap on enrollment if the costs exceed state expenditures. The expansion is a far cry from the full Medicaid expansion approved by 54 percent of voters last November.

Idaho is slated to end their legislative session by the end of the month, and lawmakers are using the final days to attempt to limit the expansion approved by voters. Another Medicaid expansion ballot initiative approved in Nebraska requires the state to submit its expansion plan to federal officials by April 1. In Iowa, a state that has already expanded Medicaid, House lawmakers passed work reporting requirements last week and sent the bill to the Senate.

Finally, Georgia and Tennessee lawmakers are weighing Medicaid proposals that could block grant federal funding—shifting risk for Medicaid costs on to their own taxpayers–or partially expand coverage rather than adopting the full ACA Medicaid expansion as most states have done. The details of the legislation are broad and would allow the state to submit proposals to federal officials for approval. The vagueness could be due in part to the promises state officials are getting from federal Medicaid leaders. HHS Sec. Alex Azar told the U.S. Senate Finance Committee last week that his office is talking with states about block grants and other options. Azar, however, refused to identify the states or the nature of the discussions.

The irony is that these discussions are happening at the same time the Trump administration is sending a budget to Congress asking for approval of national Medicaid block grants cutting federal funding to states by an astounding $1.5 trillion and adding other mandatory restrictions on state programs. These are the very measures that Congress rejected in 2017 and that played such an important role in the 2018 Midterm elections.

The Trump administration is playing Pied Piper to states that want to experiment with Medicaid at the risk of thousands who may lose health care coverage. The risk is not just how those plans will harm the poor, but also the long term impact on state taxpayers who will have to foot the bill if federal funds are capped through a block grant. The coming weeks will be critical in seeing just how many states will dance to a different tune. 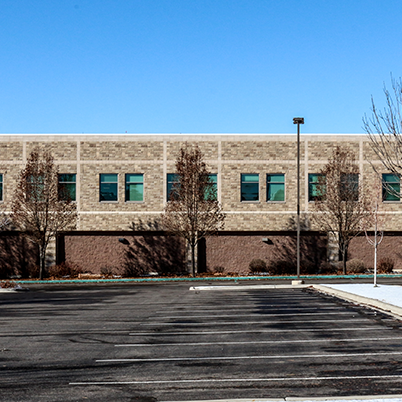