Most of America’s uninsured qualify for health coverage but are not enrolled, often because of administrative obstacles to participation. To surmount those obstacles, a key feature of the Affordable Care Act’s (ACA) statutory design is “no wrong door eligibility.” Whether people seek health coverage from a marketplace, a Medicaid program, or the Children’s Health Insurance Program (CHIP), they are supposed to be enrolled immediately into the coverage for which they qualify. While this statutory requirement has been fulfilled in the District of Columbia and 11 states, the remaining 39 states use eligibility systems that are fragmented, at least to some degree. Thirty-two of them operate especially fragmented “assessment and file transfer” systems. In such states, when someone who qualifies for one program applies to a different program, the latter is forbidden from determining eligibility, and the agency receiving the application can only assess eligibility and then transfer the applicant’s file to the other program. The applicant remains uninsured until the second program finishes its eligibility determination process. Prior research found that coverage gains among parents were reduced by more than a third and gains for children were cut by nearly 50% in states with “assessment and file transfer” systems.

To learn more about what happens when families apply at the “wrong” agency and have their applications moved to a second agency before they can get health coverage, we interviewed consumer assistance programs in 16 states with assessment and file transfer systems. In 15 of those states, programs reported serious and widespread problems with prolonged delays, heavy paperwork burdens, and confusion that prevented many eligible families from enrolling in coverage. We also found that African-American children, Latino children, and other children of color are the single group whose coverage is most endangered by fragmented eligibility systems. We conclude the report by making recommendations to the Biden administration for lowering barriers to enrollment by taking specific steps to fully implement no wrong door eligibility. 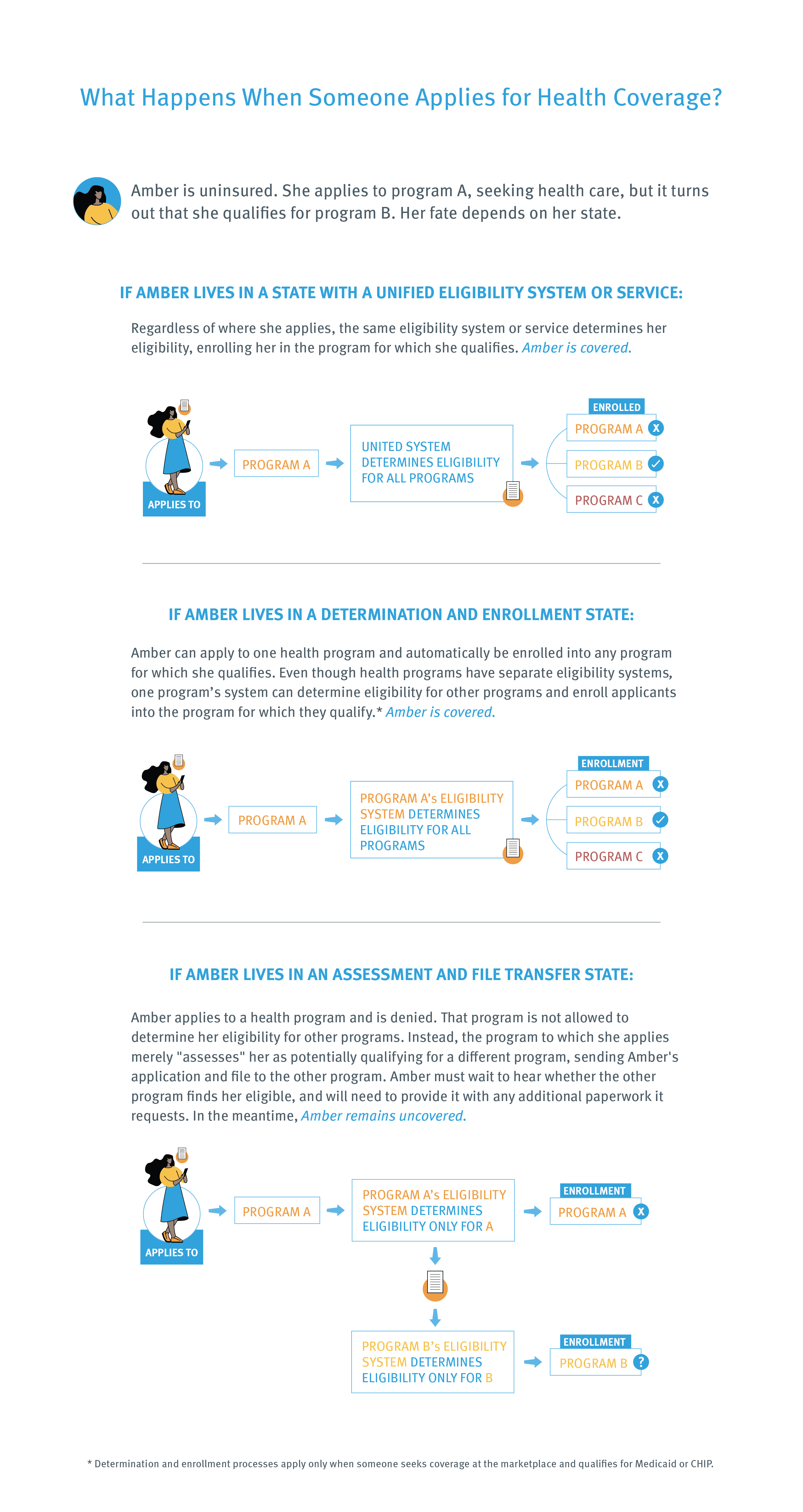