What is the first thing that comes to mind when someone talks about health? Your mind might go to your aching knee or your sister mentioning struggling with depression, or pictures a doctor’s office, or an exercise plan. That is a piece of it, for sure. But think of all the other things that affect your health: the level of pollution in your neighborhood, if you have secure housing and access to healthy food, even whether there’s someone nearby for you to go when you get sick. All those other factors are called social determinants of health, which is just a wonky way of referring to the non-medical things that influence our health. And you probably won’t be surprised to hear that Black, Latino and Indigenous communities often face additional systemic factors that reduce access, increase disparities, and harm their health. As we near the end of Black History Month, let’s take a look at the connection between racial justice and health care, and what we can do to ensure everyone has the opportunity to live their healthiest life, regardless of the color of their skin.

Start by taking a quick look at the facts: even before the pandemic, 18.8% of Black people in America were still struggling with poverty, compared to 7.3% of white Americans. The urban renewal movement in the ‘60s, ‘70s and 80s built highways so they cut off Black communities from the rest of the city. Redlining and other well-documented housing practices made it harder for Black families to buy homes – today they make up a disproportionate number of people suffering from homelessness. In addition, food deserts are more prevalent in communities of color, making it harder for people in those areas to buy healthy food.

The long-term impact of policies that perpetuate disparities in health outcomes varies widely by state and even community, depending on whether elected officials have taken action to mitigate the consequences of such policy decisions. This in and of itself is another social determinant of health: where you were born, where you grow up and where you live now. Because states have so much discretion in what policies they enact (just look at how 12 states have still refused to expand Medicaid) access to affordable, high-quality health care varies widely and unjustly across the county.

Della Young, who lost her Medicaid coverage when she moved from New York to Georgia despite making less than $20,000 crystallized it when she said, “Health care should be the same across the board, regardless of what state you live in.” 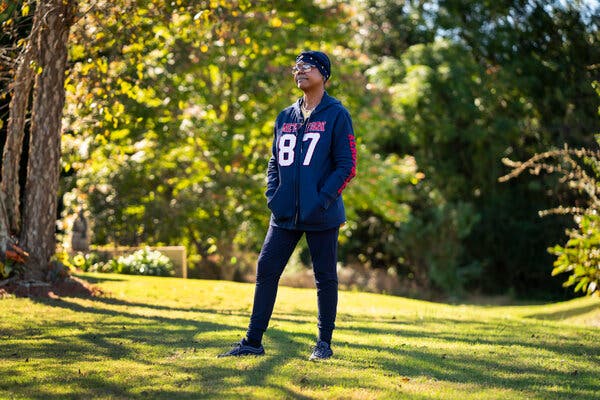 Black Americans like Della are far more likely to be affected by policies that make it harder for people to access health care or live a healthy life. Sixty percent of people who fall into the so-called “coverage gap” – those who are both ineligible for Medicaid and unable to afford marketplace insurance — are people of color who live in the states that have not yet expanded Medicaid. In 2019, almost one in three uninsured people in the coverage gap was an essential or frontline worker, a significant portion of whom are people of color.

So why, more than a half-century after the end of Jim Crow laws and nearly 15 years after America elected its first Black president, do these disparities still exist? Discriminatory practices and policies rooted in historical racism dating all the way back to slavery continue to persist, preventing a disproportionate number of Black people from living the American dream or achieving economic success. People who face social and economic hardships are the most likely to have their health affected by our nation’s fragmented and costly health care system.

This is where the connection between health and racial justice becomes clear. A person is much more likely to be able to afford expensive prescription drugs if they are not struggling with other bills. They are going to recover faster in an emergency if they can get to a hospital quickly. They are less likely to get sick if they have a safe home with nutritious food. And they’re less likely to face all of these issues if elected officials take action to end practices that discriminate against them because of their race.

Social determinants of health are not just barriers that prevent people from gaining access to a doctor’s office. The medical industry has a long, documented history of abusing Black patients, creating myths about Black pain tolerance that persist to this day. Getting medical care is not helpful when your provider dismisses your concerns. No one needs to look any further than our nation’s outrageously high Black maternal mortality rate to understand that race plays a role in both health care quality and outcomes.

Black History Month is an important time to talk about the connections between institutional racism and social determinants of health and to untangle how non-health factors play a significant role in a person’s overall health well-being. Racist policies and systems have stacked the deck against people of color, creating significant disparities in social, economic, and health outcomes. Identifying and dismantling racist laws that perpetuate the connection between racism and poor health is critical for building a country where everyone can truly live their healthiest life, regardless of the color of their skin.