Washington, D.C. – Ron Pollack, longtime social justice activist and Founding Executive Director of Families USA, today announced that, after 33 years at the organization’s helm, he will step down effective at the end of March 2017. Mr. Pollack will assume the role of Families USA Chair Emeritus where his strategic vision, institutional knowledge and the valuable partnerships he forged over the years will continue to be a resource for the organization. 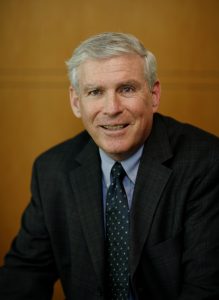 “I’ve been privileged to lead Families USA’s efforts to address social injustice by securing high-quality, affordable health care for tens of millions of uninsured Americans. I am immensely proud of all that we have accomplished, but the time has come to let a younger generation of leaders pick up this fight,” said Pollack. “My only regret is that I will no longer be working day to day with our enormously talented and dedicated staff. These amazing people have been—and always will be—like family to me.”

For more than three decades, Families USA has been at the forefront of many of the nation’s biggest health care fights. Pollack was appointed by President Clinton as the sole consumer representative on the Commission that crafted the Patients’ Bill of Rights, and Families USA successfully promoted the adoption of its provisions in state legislatures. Families USA also played a vital role in the creation of the Children’s Health Insurance Program (CHIP) in 1997 and its expansion in 2009.

Most important, Families USA was a key player in the passage of the Affordable Care Act in 2010, the nation’s most significant social justice legislation since the creation of Medicare and Medicaid.  On a copy of the historic law, showcased in Families USA’s office, President Obama inscribed “To Ron and Families USA – You made this happen!” Similarly, then-Speaker Nancy Pelosi wrote “To Ron, thanks for making this great bill possible.”

All of the House and Senate committee chairs who drafted the legislation inscribed the new law with similar personal expressions of gratitude, and Rep. Patrick Kennedy, referring to the late Senator Edward Kennedy’s work leading up to the law’s passage, wrote “To Ron – who has been in the trenches along with my Dad for the long haul & seen it through.”

“The passage of the Affordable Care Act was a milestone achievement,” said Pollack. “The law is doing so much to help so many Americans; it was an honor to work alongside many dedicated partners and public servants to make it a reality.”

In addition to serving as Families USA’s Chair Emeritus, Pollack will also continue to serve on the boards of other organizations he created, including Enroll America, where he serves as Board Chair, and the Food Research and Action Center (FRAC), where he serves on the Executive Committee. He will also pursue his career-long passion of promoting economic distributive justice in other roles to be announced at a later time.

“I may be stepping down as Executive Director, but I have no intention of stepping aside when it comes to the issues I care about so deeply,” said Pollack. “I look forward to continuing to work for economic equity and fairness during the many years ahead.”

Phil Villers, Co-Founder and President of Families USA, said, “Ron and I have been partners through so many of Families USA’s policy campaigns over the years and there is no one I would rather have by my side when the battle is joined. His dedication to social and health care justice is downright infectious, and our many victories were critically influenced by his leadership.”

Throughout its existence, Families USA has played successful, leading roles in promoting health policies helpful for consumers and preventing cutbacks in public health programs, including (click here for more info):

Early in his career, Pollack served as Founding Executive Director of FRAC, a leading organization advocating the end of domestic hunger. There he brought two dozen lawsuits that, for the first time, extended food stamp programs in over 1,000 counties. He also argued the federal court case that mandated the initiation of the Supplemental Feeding Program for Women, Infants and Children (WIC). He also successfully argued two U.S. Supreme Court cases on the same day that invalidated congressional statutes that would have eliminated food stamp relief for hundreds of thousands of low-income people. Prior to joining Families USA, Pollack also served as Dean of the Antioch University School of Law, an innovative clinical-oriented school educating students aspiring to become public-interest lawyers.

The Families USA Board of Directors will conduct a national search for Pollack’s successor beginning in June 2016. Inquiries should be directed to Sam Karp at smkarp@mac.com.